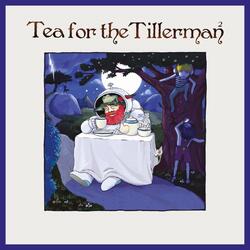 Hi everyone. It has been another set of long and strange few weeks. Really trying to not let these entries become monthly…! Let’s home that the levelling off of the current strangeness continues. But anyway, although so many releases have been pushed back, like the Iggy Pop ‘Bowie Years’ box set and the next set of Prince reissues (not to mention Weezer’s ‘Van Weezer’ being pushed back an entire year!), there has been a slew of announcements for upcoming reissues and new releases to keep up us cosy in the coming winter. So, let us all jump right into it!

To celebrate the forthcoming 50thanniversary of ‘Tea For The Tillerman’, Yusuf/Cat Stevens has announced the aptly titled ‘Tea For The Tillerman 2’ (or ‘T4TT2’). Rather than a thematic sequel (as was the case with Alice Cooper’s 2011 ‘Welcome 2 My Nightmare’, ‘T4TT2’ features the same track listing as the original, though all songs have now been reworked and rerecorded by Stevens himself. As Stevens says in the promotion for this new album: “Like it was destiny waiting to happen, T4TT2 feels like the timing of its message has arrived again.” In a society that seems to be facing the same uncertainty and struggles for civility as it did in 1970, it does indeed seem like the values represented in Stevens original opus are truly much needed. We will all have to wait until late September for this one though, however it is available to through our website now.

For something a bit more immediate – and I mean before-the-end-of-this-month immediate – we have the announcement of a whole bunch of The Rolling Stones studio albums. All of which have been remastered at half-speed at none other than Abbey Road Studios and pressed on 180gm black vinyl. The albums in question are: ‘It’s Only Rock ‘N’ Roll’, ‘Black And Blue’, ‘Emotional Rescue’, ‘Tattoo You’, ‘Undercover’, ‘Dirty Work’, ‘Steel Wheels’, ‘Voodoo Lounge’ ‘Bridges To Babylon’ and ‘A Bigger Bang’. Phew! Click on the links embedded in those titles to pre-order your copies now.

The 50thanniversary for another classic album is just around the corner: Creedence Clearwater Revival’s ‘Cosmo’s Factory’. Arguably Creedence’s best album, the 1970 LP contains “Who’ll Stop The Rain”, “Run Through The Jungle” and “Lookin’ Out My Back Door”. Arriving in August and half-speed remastered at Abbey Road Studios, ‘Cosmo’s Factory’ 50this available for pre-order through our store now at a special pre-order price.

Every day, more news keeps trickling in about upcoming releases. As the world begins to get back up and running, so too does the record industry. There are already whispers of some downright gems on their way, and we cannot wait to tell you all about them. See you all next week! (I promise this time!!!)